The PMSH-1. A less-lethal version of MAKAROV PM. 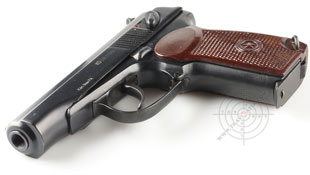 Ukrainian-German joint venture, “Schmeiser” released its first model of the less-lethal weapon, one based on military counterpart. Traumatic (less-lethal weapon with rubber bullets) version of the Makarov pistol (PM), produced us “PMSH-1.” Makarov pistol (PM) was developed by the Soviet designer Nikolai Fyodorovich Makarov in 1947-1948, and since 1951 had already been in service with many countries around the world. 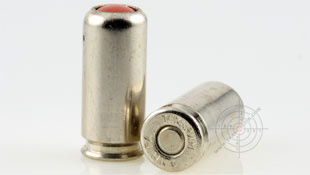 Today we tell you about the traumatic (less-lethal) ammunition at 9 mm P.A. caliber cartridge by JSC “Tehkrim”. Joint Stock Company “Tehkrim” organized in December 1991 in the city of Izhevsk (Russia) and is engaged in the production of not only less-lethal rounds, but it also produces ammunition for shotguns, test cartridges, aerosol devices, lachrymatory irritant substances (gas cartridges) and special funds for the state military organizations.